According to UNWFP (2000), Rajasthan is a state where sex ratio is amongst the lowest in the country. In 1991, the sex ratio was 919. It came down to 913 in 1991, which is much lower than India’s sex ratio of 927. Large-scale single male out migration explains this low sex ratio of the state. Even then, the over-all sex ratio is too low. The low sex ratio in Rajasthan is an indicator of low status of women. Sex ratio of total population in Sri Ganganagar &Sadulshashar being lowest at 856 & 846 respectively & Sex ratio of child population in the age group of 0-6 years is 818 & 817.  Location for implementation of proposed project will be Ganaganagar district. Two worst affected   blocks, Sadulshahar and Ganganagar will be area for direct interventions, the other blocks Vijaynagar, Shri Karanpur, Raisinghnagar, Anupgarh, Suratgarh, Keshrisinghpur, Padampur and Gajsinghpur will be covered through orientation workshops for stakeholders at block level.

Today, thousands of girls are denied even the right to be born with the help of those advances of science, which are basically developed to detect congenital abnormalities in the foetus. Every year 50 thousand female foetuses are destroyed in Rajasthan and nearly the same number of women are subjected to near fatal experiences, as most of these abortions are carried out under unsafe and unhygienic conditions.

The widespread availability of high-tech portable ultrasound machines have outreach to the remote villages too, is an easy way to kill the female foetus. Unfortunately because there are so many contributors to the problem, varieties of approaches are required to combat female foeticide.

Once the girl child is allowed to be born she must also be given the right to live a life of dignity. The needs of female children for rearing, nutrition, health, education and survival need to be addressed by influencing and changing the mindset of their parents and other care takers through sensitization & raising awareness of community members and strengthening the existing service delivery points like health, integrated child development services, education, youth development through community based responses (CBR).

To address the mentioned issues, organisation developed, implemented and monitored the project in consultation and with support from donor agency, community members, duty bearers and PRI members. 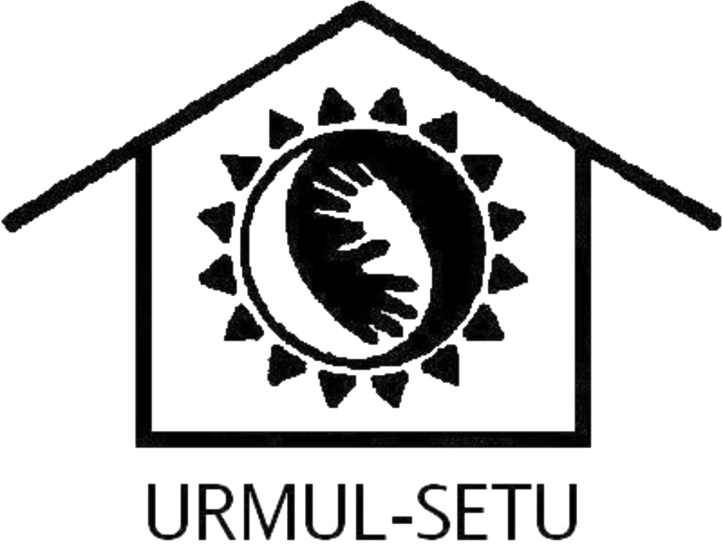 o) Trainings on reporting mechanisms – role and responsibilities, for AWWs, ASHAs and ANMs.

p) Interface meetings with DCPU and PCPNDT Committee sharing observations/concerns from the block and village level for action.

The project interventions have started showing results like Gram Panchayats and community members have started celebrating “ BalikaJanmotsava” – ie, celebrating the birth of girl child to symbolize that girls have equal importance in the family & society. Project supported and successfully motivated people to open savings account for their girl child under SukanyaSamridhiYojna”. Saving accounts of more than 4000 girls have been opened in past five years. As per the PCTS data, improvement in the child sex ratio has also been observed in recent years. Prompt and necessary actions are being taken by Dist. Advisory Committee and Dist. Child Protection Officer upon receiving information related to female feticide or child protection issues. More than 5000 trained peer educators are actively working in Sri Ganganagar dist. to aware and sensitize people on the issues related to value of girl child. Project run Gender Resource Centre helped around 1800 women fight against domestic violence, get legal aid and justice. Influenced by the project outcomes, orders were issued by Divisional commissioner of Bikaner Zone to involve Urmul Setu Sansthan in the Dist. level review and planning meetings to seek support in monitoring and evaluation process in matters related to female feticide and child protection issues.
{

The tradition of celebrating birth of girl child and distributing “KanyaBadhaiPatr” was initiated in our gram panchayat ie, ChakMaharajka. Following this tradition 8 more gram panchayats have started girl child celebrations and KanyaBadhaiPatr. There has been immense improvement in child sex ratio in ChakMaharajka Gram Panchayat. The ratio is of 1000 boys: 1000 girls.

A district observatory forum has been formed under LGBB project which supports and monitors the activities related to value of girl child in the district. Department of women and child development has sanctioned a budget of Rs. 500/- for celebrating BalikaJanmotsav’s at Anganwadicenters. It has also directed all the Angawadi workers to organise this event every month. Similarly dist. collector has directed to celebrate Panchayat level BalikaJanmotsav for which budget would be taken from BBBP scheme. 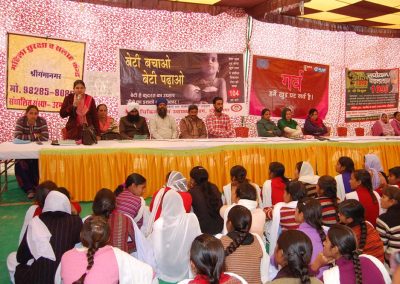 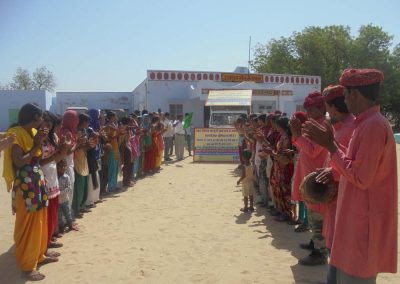 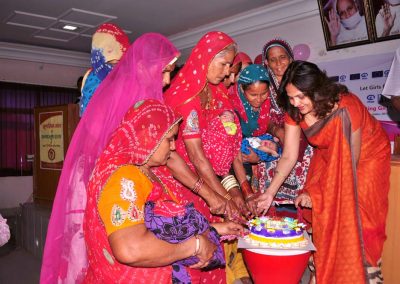 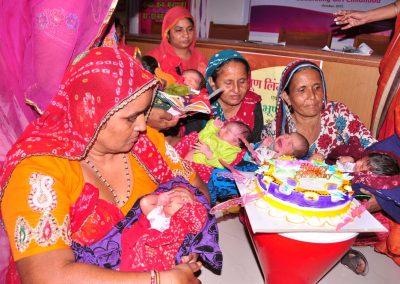 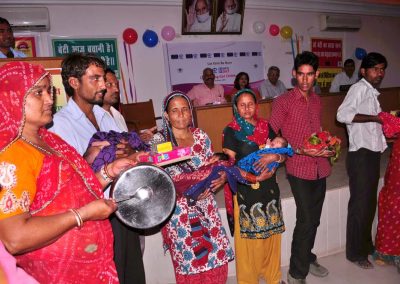 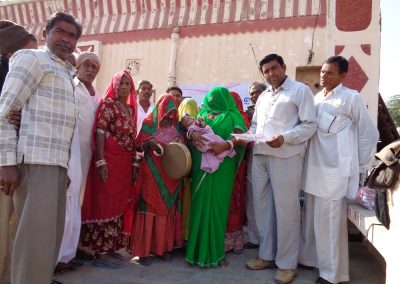 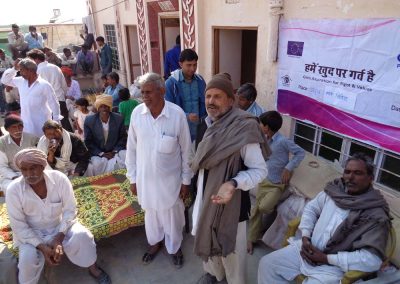