Ganesha Ram is a 14 year old boy who was identified during a survey for disabled children conducted by Urmul Setu in collaboration with Sight Savers in 2010. He lives in village Phooldesar with his parents and younger sister. His father Sahi Ram practices agriculture & animal husbandry for livelihood.

Due to visual impairment, he remained confined to his home & never had an opportunity to attend school. Upon his enrollment in the project, arrangement for a trained instructor was done to teach Ganesha Ram Braille script. To his instructor’s delight, Ganesha Ram turned out to be a quick learner. In the meantime the organization supported him in obtaining a medical certificate, rail and bus travel passes, Braille books & learning materials.

In 2012-13, Urmul Sety helped Ganesha Ram take admission in village govt. school in 6th standard. Getting him admitted in school was not at all an easy going process. Teachers were skeptical of Ganesha Ram’s ability and were reluctant in admitting him to school. They emphasized on getting him admitted in special school for visually impaired students. However, after a lot of persuasion and quoting the clause of RTE which ensures admission of disabled children in the nearest school, he got admission. Teacher’s attitude towards him changed drastically, when they discovered his talent and eagerness to learn. Ganesha Ram is now one of their favorite students.

Ganesha Ram had an opportunity to take part in the National level sports competition being held at Mumbai. He won many prizes in various events there. Again, he took part in district level reading & recitation competition organized by Sarv Shiksha Abhiyan where he won 1st prize. He received an audio CD player which he loves very much.

Sahi Ram says “I never imagined that my son would one day be able to learn and read. Today I am proud of my son. I take this opportunity to thank Sight Savers and Urmul Setu for their continuous support.” Her mother Patasi said “I am illiterate, I don’t understand a word that he reads aloud to me, but his teacher says he is a good student and will achieve something in life. My prayers are with him.”

Ganesha Ram is an active boy and always shows interest to take part in training programmes and other activities conducted by the organization. One of his favorite subjects is general knowledge. He intends to take part in a popular TV show –KBC one day. At present he is studying in a special school for visually impaired students at Sri Ganganagar. 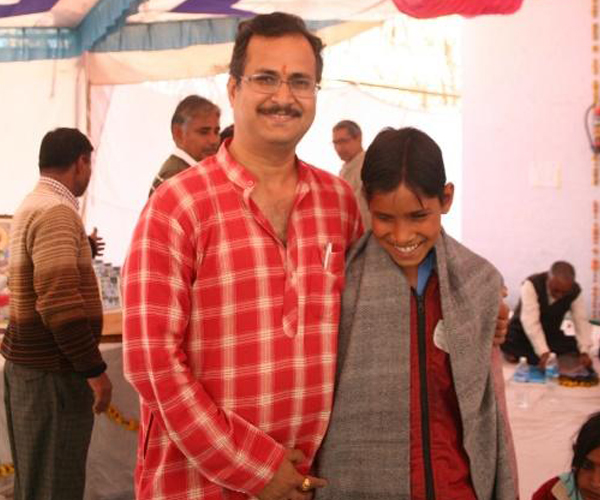 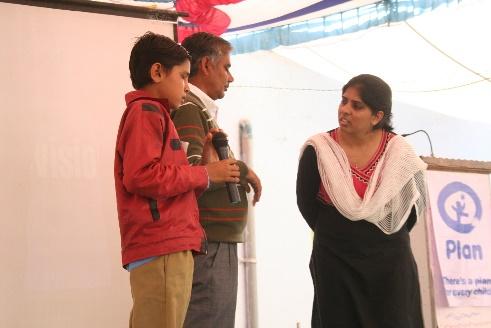